The Rabbitohs passed a tough test with last week's 22-18 road win over Penrith.

The Panthers threw everything at them and would've beaten most teams with their much improved performance.

But the Bunnies were defiantly resilient and appear to be buying into Wayne Bennett's tried and true philosophy that premierships are built on defence.

Both coaches will be stinging for a victory over their former clubs, particularly Anthony Seibold after Brisbane's well documented struggles this season.

Rabbitohs: No changes for the Bunnies after last week's road win over the Panthers. As usual George Burgess was named as the starting prop but has been moved back to the bench an hour before kick-off in the swap with Junior Tatola which has become Wayne Bennett's practice over the past month. Jacob Gagan and Connor Tracey dropped out of the squad 24 hours before kick-off.

Broncos: Rookie Thomas Dearden has been handed a debut for one of the most anticipated games of the season. The 18-year-old replaces Kodi Nikorima (calf injury) at halfback. In a late switch an hour before game time, Patrick Carrigan was promoted to the bench at the expense of Kotoni Staggs as the Broncos looked to counter Souths' forward strength. Jaydn Su'A and Sean O'Sullivan were the players to drop off the extended bench on Wednesday.

There are potentially compelling clashes all over the park so let's focus on the battle of the coaches - Bennett v Seibold. This time last year Bennett was at the helm of the Broncos, while Seibold was in the process of guiding Souths to a semi-final berth. They swapped places in the off-season and will be ultra keen to get the better of each other.

A few silly errors crept into their game against the Panthers that the Bunnies have to eliminate, but they will continue to base their game around defence and aim to frustrate opponents out of the contest. If their dynamic forward pack gets over the Broncos, it will allow Cody Walker and Adam Reynolds to create scoring chances.

For the Broncos to win

Last week's morale-boosting win over the Sharks came in the nick of time and should have the players in a more relaxed mood this week. Seibold needs to devise a solid game plan to limit the effectiveness of the Rabbitohs forwards, while Anthony Milford and Kodi Nikorima have to provide direction and good decision-making for 80 minutes.

Former coaches against former clubs. The build up will be great. Adam Reynolds was first class for Souths last week. As for Brisbane, they displayed the form last week that we know they are capable of. Their forwards got momentum and Anthony Milford played off the back of that. But I still have questions over their ability to win in the arm wrestle. Rabbitohs by 2

Souths made 46 more tackles than the Panthers last week and had just 43% of possession, but they always seemed in control on the way to their sixth win of the season. The Broncos are in the unenviable position of having three players in the top six for ineffective tackles - Matt Gillett (18), Alex Glenn (17) and Jack Bird (16).

What's that old saying about careful what you wish for? It was always Rockhampton-born Anthony Seibold's dream to coach the Broncos and everything fell into place in the off-season when he signed on with the Brisbane-based club in the off-season. Players were saying he was like a breath of fresh air after four years under Wayne Bennett, but it's been anything but a smooth ride. So far 2019 hasn't panned out as Seibold had planned but the Broncos got the job done against the Sharks and still have time to make a run at the finals if they're good enough. 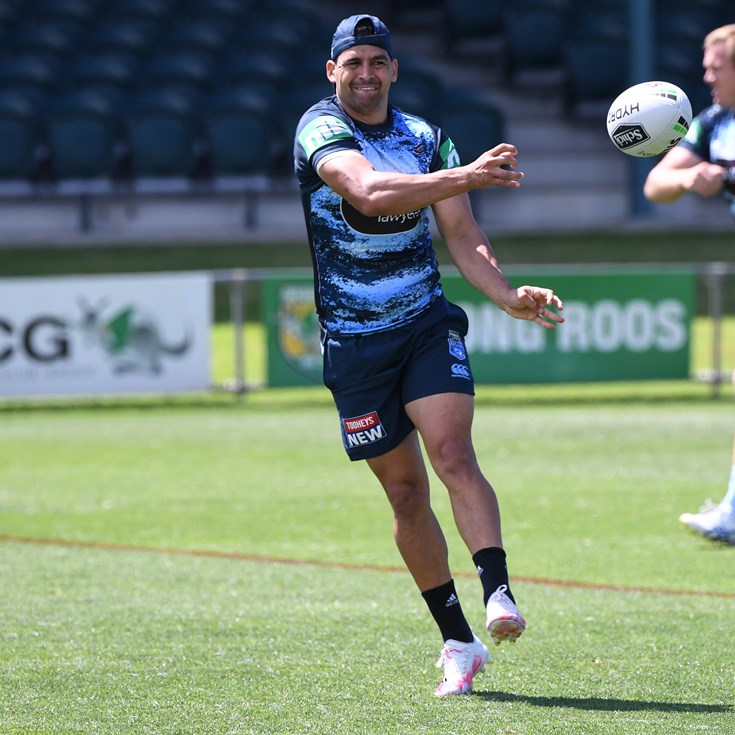