The Blues have prevailed in Origin I with a couple of standout showings from their veterans and boom rookies. Here's how NRL.com rated the NSW 17.

1 James Tedesco: Best on ground and the biggest threat from the outset. Scored the first try and broke Queensland open at will with 224 running metres and 16 tackle busts. Threw in that sweet little short ball for Mitchell's game-turning four-pointer for just desserts. 9/10

2 Tom Trbojevic: Very safe on debut, especially under the high ball with Queensland putting the bulls-eye on him. Turned attacking weapon when he stripped Val Holmes and bagged one of his own. 7.5

3 Latrell Mitchell: Had the Maroons on red alert from the first minute. Wound up with a debut try, came extremely close to another, 11 tackle busts and a KO in what proved a great duel with Will Chambers 8.5

4 James Roberts: Quietest member of the Blues backline by some margin and came off second-best against Greg Inglis – though he's not alone there. Didn't see out the 80 minutes. 5

5 Josh Addo-Carr: Lightning in a bottle. Had cracked double figures for tackle busts by half-time and was right where he needed to be for the match-winner. 8

6 James Maloney: A diamond-cut performance despite two massive rocks in the middle. Controlled the contest and had a hand in three tries, exactly what was needed from the Blues' most senior man. The no-look pass for Holmes's intercept and the forward pass that set Queensland up to start the second half were not. But otherwise superb. 7.5

7 Nathan Cleary: Played second fiddle but didn’t look overawed by the occasion, even with Greg Inglis trying to bury him beneath the MCG cricket pitch. Above all he played tough, more than held his own in defence. 6.5

8 David Klemmer: Ripped in from the kick-off with 90 running metres in his first stint. Strong stuff from the heart of the engine room. Well and truly outpointed his opposite man Dylan Napa.  7

9 Damien Cook: His first dummy-half scurry cut Queensland to pieces and it was more of the same whenever he put the foot down, or boot to ball for that matter. Topped the tackle count (55) for the match. A great debut. 9

10 Reagan Campbell-Gillard: Didn't look himself to start, lacking punch and turning his back into carries. Did improve as the contest wore on. 6

11 Boyd Cordner: Everywhere early and hit his holes at a hundred miles. Great kick pressure and pumped out 156 running metres – easily the most of any forward on the paddock. 7

12 Tyson Frizell: Big, fast and physical throughout. Got through more than his share of the defensive load with 46 tackles. The Blues best big man. 7.5

13 Jack de Belin: Busy as always without the ball, not all that much with it – did do well around the ruck though with quick play-the-balls throughout. 6.5

14 Paul Vaughan: Maintained the rage from the bench with some good carries and 20 tackles in a 25-minute stint. Strong debut up front 6.5

15 Jake Trbojevic: The Blues' best off the bench and didn't return once injected after 20-odd minutes. Shored up the middle with 38 tackles. 7

16 Angus Crichton: Busy as well off the pine with 37 tackles, none more important than the second-half cover effort when Inglis and co threatened down the left edge. 6.5

17 Tyrone Peachey: Only saw eight minutes action late in the piece but still popped up everywhere as you'd expect. 4

Game I is done and dusted! Don't miss Game II of Origin at ANZ Stadium on Sunday 24 June. Click here to get your tickets 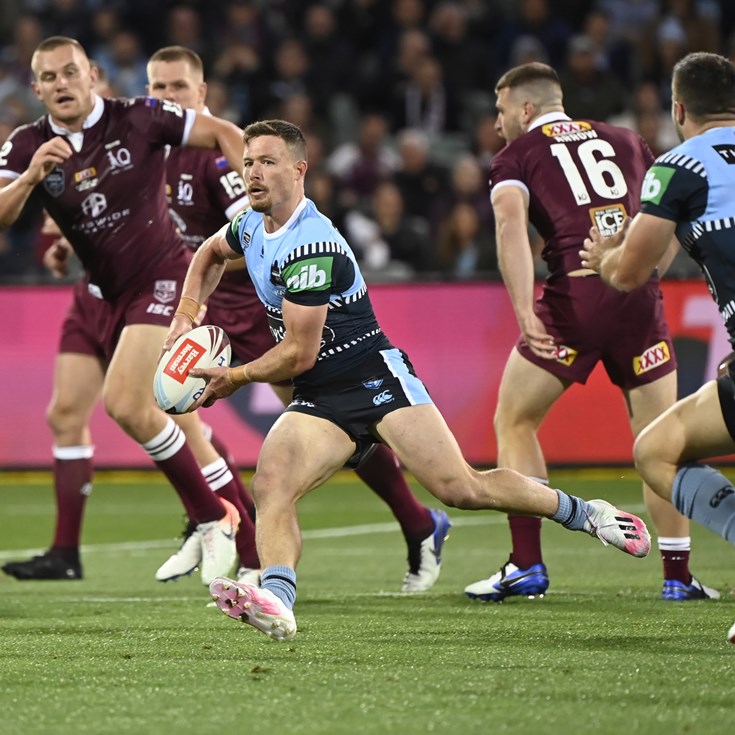 Cook and Tedesco a recipe for Blues long-term success