South Sydney Rabbitohs hooker Damien Cook has set himself some lofty targets for 2018 – wresting the No.9 jersey from Robbie Farah and putting himself in contention for Nathan Peats's NSW jersey.

Cook has a head-start on Lebanon co-captain Farah, whose World Cup duties ensured he would have a later return to Redfern for pre-season, not rejoining the squad until after the Christmas break.

"The best thing is a lot of the senior boys aren't here at the moment which has forced some of us to step up and lead the way and be vocal at training while those boys are away," Cook said.

"It hopefully gets a bit more leadership skills out of me as well, being able to organise on the field at hooker is very important and game control is something I really wanted to work on."

Prompted about his new coach Anthony Seibold's recent comments that he would prefer one 80-minute hooker over two players sharing the role, Cook was adamant he was up to the task.

"Everyone [who plays hooker] wants to be the starting hooker and the No.1 hooker and that's what I'm going to keep training for and that's obviously my goal and it's a long-term goal as well," Cook said.

"I much prefer, and I think Robbie would say the same, I think we both prefer to play 80 minutes. We both love being in the 17 anywhere on the field but I prefer to be the starting hooker and play the 80 minutes.

"Seebs will make that decision on who's trained the best and who's playing the best and that's all we can ask is whoever deserves the starting role gets it."

Cook said not only could he handle playing 80 minutes every week, but that that was when he played his best football.

"I did start a lot off the bench this year but before that, the games where I played my best footy I'd like to think are when I've played the 80-minute games," he said.

"The last five games at the Bulldogs when I was there and each of the last two seasons here. I feel like you can work into the game and suss out the defence and the way the game's going and that comes into controlling the game as well.

"Cameron Smith is one of the best at it and that's the level all hookers should be looking to get to.

"You're watching the defence and seeing how they're reacting, sending your forwards forward and waiting for that opportunity to find that lapse in the defensive line and take advantage of that and that's the job of the halves and hookers, controlling the game and taking those opportunities because these days pretty much everyone defends the same, everyone's got very similar plays so it comes down to taking those small chances."

The Country Origin representative's 2018 goals include not just nailing the starting spot at Souths but putting himself in the frame for a sky-blue jersey.

"Last year it was a goal just to play every game last year. I fell one short last year so that will be again this year. I [want to] cement my spot, there's been a few years where I've been in and out of a starting spot. I just want to really cement my spot as a starting hooker week in week out.

"That's the biggest challenge, to be a starting player and play all [24] rounds, that's the level I want to get to. From there, if you're playing good footy we all look forward to putting our hand up for representative footy as well.

"I've still got rep goals. It is disappointing to see the City-Country fixture not played anymore. Hopefully it does come back at some stage but it was good to get that representative jersey.

"The next step up is State of Origin. Peats was the hooker this year and I thought he did a good job at hooker for his first series. There are a lot of us out there that want to be in that same position."

A new Blues coach in Brad Fittler means a clean slate for all the candidates, with Api Koroisau and Cameron McInnes among the others in contention.

"It's a new set of eyes with a new coach, I'm sure he's got a different perspective on what type of team he wants to have and what type of game plan he wants to play as well and from there he'll figure out what hookers and halves and important positions are the ones he wants to go with," Cook said.

"You can only ask that if you're playing good footy, you're an option when it comes to selection." 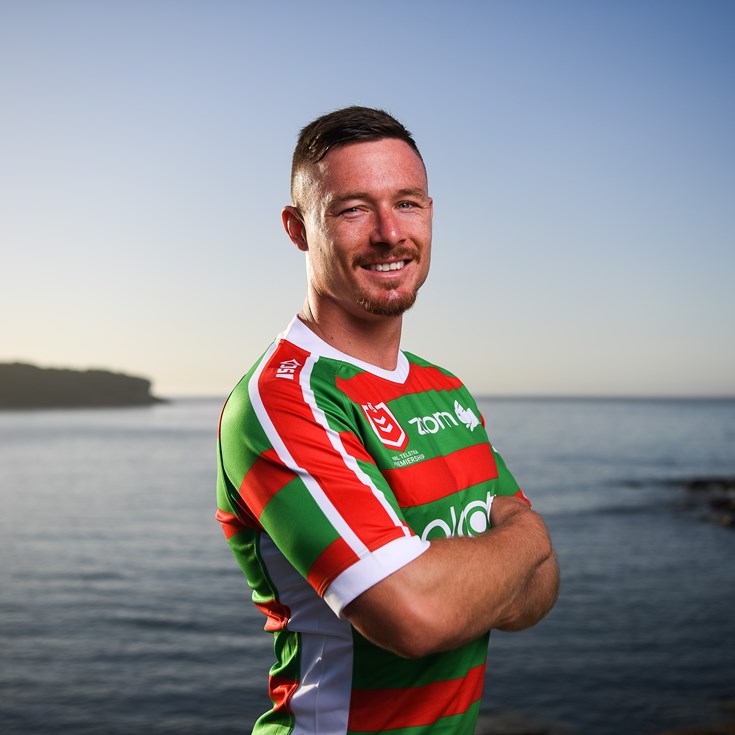 Cook relishing life in the no.9 jersey

Rabbitohs power to 18-8 win against Wigan